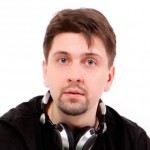 Alexander is man who devoted his life to electronic music and mainly to all kind of trance. All this started in 2000's after listening music from artists such as Armin van Buuren, Above & Beyond, Tiesto and many more. He was very inspired and start to make his own music.

In 2010 Alexander create own solo project "Aimoon" for making serious music in Trance style. First his single got good reaction and support from many DJs around the world. But first big success got Aimoon's single called Aimoonia, this track was supported by the biggest DJs include Armin van Buuren and Above & Beyond.

Now Aimoon is signed on one of best and famous trance label Armada Music. Also Alexander co-owner and A&R at the Moscow label Quadrocore. And member of the uplifting trance duo "2trancY".