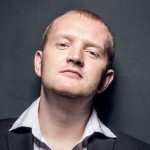 It was as recently as 2011 that Estonian producer Madis Sillamo, aka Beat Service, fully burst onto the international Trance and Progressive scenes. Since then he’s been serving a succession of aces on the production front with a string of unstoppable tracks and remixes which have effortlessly transcended both the underground and mainstream ends of the spectrum and transformed Beat Service into a worldwide DJ / producer phenomenon.
Beat Service gained enviable playlist support right from his earliest releases, with the likes of Tiësto, Armin van Buuren, Markus Schulz, Paul van Dyk, Ferry Corsten, Gareth Emery and W&W all early supporters of hits such as ‘Fortuna’, ‘Outsider, ‘Charged’, ‘Solo’, ‘Cut and Run’, ‘Impulse’ and ‘Mars’ which appeared on scene leading labels such as Armada, Anjunabeats, Coldharbour and Black Hole.
Not content with frequent appearances on these labels, Madis soon launched his own imprint, Beat Service Audio, to showcase his diverse studio output that ranges from progressive and EDM through to trance. A steady stream of hits have followed, including the ‘I Can Hear You’ collaboration with Aly & Fila and Sue McLaren, plus big vocal tracks featuring the likes of Neev Kennedy, Ellie Lawson, Susana and Ana Criado, with many of these tracks reaching lofty heights in the Beatport charts as well as A-list DJ support.
Beat Service laid down a significant career marker in 2013 with the release of a compilation of his releases, ‘Not This Time’. The title track featuring Neev Kennedy was featured heavily on the Sirius XM playlist in the USA, making it a runaway success as were several other tracks on the compilation such as ‘Aurora’, which was highly supported by house artists such as Axwell and David Guetta and ‘Whispers’ feat Ana Criado.
Alongside his successful compilation venture, Beat Service has also found time to remix several major players in the dance music scene, including Armin van Buuren feat Fiora ‘Waiting For The Night’ – which has racked up nearly 1 million views on YouTube to date, Markus Schulz ‘Blown Away’ / ‘Nothing Without Me’, ‘Tritonal ‘Sometimes I Wish’, and even the UK #1 chart smash ‘Infinity’ by Guru Josh Project has benefitted from the Beat Service remix treatment.
2014 has shown no sign of slowing down as Beat Service delivered one dancefloor destroyer after another. ‘Empire’, ‘So Much Of Me Is You’ feat. Ana Criado, ‘#HEY’, ‘When You Won’t Come Home’ feat Jess Morgan and ‘Boost!’ have all been featuring heavily in A-list DJ sets over the summer festival season, not to mention one of the most popular bootlegs of the year so far, the Beat Service rework of Coldplay ‘A Sky Full Of Stars’ which is still on repeat today!