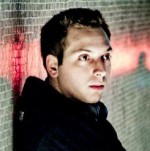 Music written with emotionally charged uplifting melodies that fills the biggest of dance floors, huge orchestral breakdowns that instantly lifts moods and driving percussion that raises pulses – James Dymond has crafted some of the most unique sounds in the Trance scene today. The 24 year old classically trained musician-come-producer from the UK has exploded in to the limelight in the last 24 months, consistently receiving support from almost every notable artist in the industry. The facts speak for their self – 15 tracks now signed by the world’s biggest Trance label ‘Armada Music’, his last 17 releases comfortably within the Beatport Trance Top 100 and 16 spins on the most listened to industry radio show ‘A State of Trance’, as well as gaining the infamous ‘Tune Of The Week’ and plays on BBC Radio 1 FM. Follow that with gigs at the 30,000 capacity ASOT 600 in Den Bosch, tours of Argentina, shows all over Europe and bookings for established brands as Luminosity, Rong and Trance Sanctuary - James Dymond isn’t just an up and comer anymore – he’s an established artist in high demand.
Following releases in 2011 of tracks such as ‘System Situation’ and ‘Shallop’ on Mondo Records, James opened his Armada account in spectacular fashion. ‘Gundam’, described by the label as ‘an anthem in its own right’ was handpicked by Armin Van Buuren himself to appear on his much anticipated yearly compilation ‘Universal Religion Chapter 5’. Recorded from Ibiza live in front of 5,000 clubbers in one of the world’s biggest clubs ‘Space’, the track lined up beside some of the most established producers.
With such a stunning start, James has continued to release countless high quality productions. An initial bootleg of arguably the best Trance track of all time, Ralphie B – ‘Massive’, was instantly picked up by Black Hole Records – gaining a full release on their ‘In Trance We Trust’ imprint. Staying faithful to the original melody, the classic sounds were given a modern uplift that landed this monster track a top 20 Beatport position and a chart topping #1 on Audio Jelly.
Flexing his uplifting muscle, a beautifully constructed 4 track E.P named ‘Signify’ on Armada shortly followed. Appearing on Dash Berlin’s label arm ‘Aropa Records’, the tracks ‘Believe In Paradise’, ‘Signify’, ‘Solar Decent’ and ‘Sunset Bench’ complimented each other beautifully, portraying sounds of sun drenched beaches through to mind shivering breaks with thundering base lines.
Multiple releases then followed. With the ‘Gundem-esque’ sounding ‘Overthrow’ was snapped up by Arisa Audio with a remix from one of the world’s most respected producers, Protoculture, which featured featuring on ‘A State of Trance 2012’ CD. A remix of Pizz@dox – ‘4AM Redeemer’ was dropped in front of 20,000 clubbers by Armin Van Buuren in Mexico, before a 2 track E.P. on Armada’s ‘SoundPiercing Recordings’ was showcased. The mesmerizing A side named ‘Paladin’ gained the prestigious ‘Tune Of The Week’ award on ASOT #558, with the world’s number 1 DJ quoting: “If you were to look up uplifting in dictionary I’m sure you’ll find James Dymond – ‘Paladin’ in there somewhere!”. ‘Odyssey’ completed the package honouring the sounds of classic trance with an impactful modern face lift.
You can see why Armin has described James as “arguably one of the most requested remixers in the scene right now”. James has crafted his signature touches on labels such as Subculture, Captivating Sounds, Mental Asylum Records and Alter Ego Records. More recently, James has remixed one of the most memorable Trance tracks of all time for official release - Armin Van Buuren – Communication.
As a DJ, James doesn’t rest on his laurels. Expect high intensity sets, full of dance floor driven music, world exclusive tracks, seamless mash ups, track edits and lots of energy behind the decks. This isn’t just another 60 minute set; it’s a performance full of emotion and sentiment taking you on a journey of electronic sounds. Already DJing all over the world, both as a supporting and a head line artist, it won’t be long before James is hosting shows outright.
Staying faithful to the sounds that Trance was born from, his stunning modern touches have continued to gain support from artists and fans from every corner of the globe – each release more and more anticipated than its predecessor. With that in mind, James Dymond is soon to become a major player in Trance scene throughout the world.