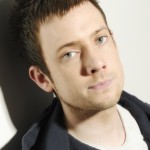 Having gained a residency on the internationally revered station BBC Radio 1, as part of the ‘In New DJs We Trust’ rotation further cemented Jordan’s inauguration among the Superstar realms. He’s received high praise from the likes of Armin van Buuren, Paul van Dyk, Paul Oakenfold, John O’Callaghan, Simon Patterson and with both Mixmag and Beatport tipping him as ‘One To Watch’. No one can ignore his success and promised potential.

When it comes to his diary it reads like a ‘Most Wanted’ list – Global Gathering, Creamfields, Cream Ibiza, Full On Ferry Ibiza, Godskitchen, Goodgreef, The Gallery, Slinky, The Arches, Lush, tours in the USA, Canada, Australia & India with further shows in Holland, Argentina, Bali, Poland, Hungary, Spain, South Korea and many more.

Early 2013 saw Jordan collaborate with Simon Patterson to present their creation ‘Vanilla’, released on Spinnin’s Reset Records. It has amassed support from all of the industry’s leaders and rocketed up in the Top 5 of Beatport & Trackitdown charts. Jordan has remixed for Armin van Buuren & John O’Callaghan on Armada, for Gareth Emery on Garuda and Simon Patterson on Spinnin. Solo work in 2013 will see him release on Perfecto Fluoro, Subculture, Mental Asylum, Spinnin and follow up his collaboration with Simon Patterson early next year.

2013 was one of the best years of Jordan Suckley’s career to date and 2014 is already on course to eclipse that!