Gravity South is a new podcast hosted by Nate Raubenheimer of Protoculture, serving up the latest and greatest in Trance and Progressive each week. Enjoy the very first episode! 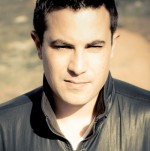 Only a few South African producers enjoy the success that DJ and Producer Nate Raubenheimer, better known to most as Protoculture, has had over the last 8 years. Sucked into the art of music production at a young age, he made the leap to pursue a music career professionally after completing his studies in Audio Engineering at age 20, immediately taking the international Psy- trance scene by storm with his first artist album, “Refractions” and trademark melodic and uplifting sound. In 2011 and 2012, Protoculture was ranked as the number one DJ in South Africa according to the acclaimed international DJ Mag Top 100 Polls and with a new album on the way with dutch powerhouse label, Armada Records, the only way his career is going is up. “Everything he [Protoculture] touches turns to musical gold” - said Armin van Buuren.