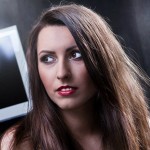 Nifra has in a vast couple of years gone from being a local talent in central Europe to one of the most popular figures in the Markus Schulz “Coldharbour” entourage. With releases such as Dark Harbour, Ransvik and more she has taken the throne as the "Queen of Coldharbour". She kicked of her DJ career back in 2008 and learnt her trade playing alongside and supporting such acts as Armin van Buuren and Tiesto in her home country of Slovakia which lead to her becoming quickly recognized as a massive potential future talent. As well as writing and producing music and touring the world Nifra also hosts a very successful monthly radio show. “Be Progressed” airs on the 2nd Thursday of each month on Afterhours.fm. Her favourite style is Progressive Trance. Nifra says: "I just do my thing. I truly do what I love and I’m going keep doing it. It’s amazing how much positive feedback I've had during the last couple of years".