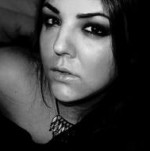 Never one to follow convention, Ashley Tomberlin began her love affair with music early in life, but on her own terms with no formal training or influence other than her own inclination.

After a chance encounter with UK producer Arksun, this unknown vocalist and musician from the United states embarked on a musical collaboration called Luminary. Although Luminary released only a small handful of successful tracks before the eventual breakup of their partnership, their music still strikes a resonant chord with their loyal fan-base of music lovers worldwide.

Their first Luminary track "My World" received major support from dance music's hard hitters like Armin van Buuren, and was snapped up by Lost Language to be included on the massive Tiesto - In Search Of Sunrise 4 compilation. Since then, "My World" has grown into a full on 3 disc release including the much praised Andy Moor remix.

The second release "Wasting" was burnt into Armin's A State of Trance compilation almost before it had even been signed, and was swiftly released on Armada's infamous Soundpiercing label.

Next, after joining forces with Anjunabeats, Ashley and Luminary released Amsterdam; charting at no. 1 for Paul Van Dyk in the December issue of Mixmag and rated at 5/5 by DJ Magazine. Additionally, Amsterdam has been played out everywhere from BBC Radio 1's "Dave Pearce Dance Anthems" to TATW Above and Beyond's Trance Around the World and ASOT Armin Van Buuren's A State of Trance.

Her next collaboration with Above and Beyond on their debut album Tri-State. Collaborating with Tony, Paavo and Jono on a stunning track titled Can't Sleep, Ashley again demonstrated her trademark vocal style; combining breathless melodies with intense emotion. This in addition to her distinctive lyrical phrasing, has helped set her apart from so many other vocalists in the genre.

After another chance meeting with none other than dance music legend, Paul Van Dyk, Ashley was given the opportunity to collaborate on some new album tracks for Paul's highly acclaimed album "In Between", and the rest, as they say "is history". You can expect great things from this up and coming artist, but most of all, expect the unexpected! It has been a strange journey, but a good one, and Ashley is definitely keeping her watchful eyes on the future and her ears open to new inspiration.