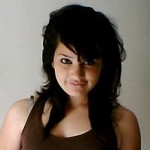 Carrie Skipper is singer, songwriter and vocalist born in UK. She went on to work with Miami DJ/Producer Markus Schulz, Swedish DJ/Producer Mike Shiver and with Hungary’s Shane 54. She made brief but significant appearances on a number of Anjunabeats releases, including Tranquility Base “Surrender” and Above & Beyond vs. Andy Moor “Air For Life”. Time Goes By” was Carrie Skipper’s first solo release, borne out of a late night jamming session involving Carrie and Above & Beyond. “Time Goes By” was remixed twice by Super8. In 2012 Andy Moor includes three songs with Carrie in his new album "Zero Point One" - "Elysian Fields", "Tora's Angel" and "Story of My Life".