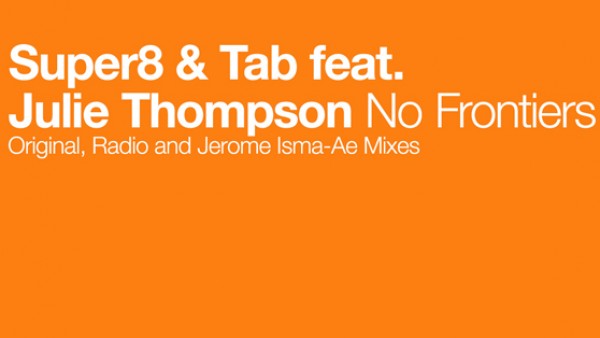 The follow up to classic collaboration "My Enemy", "No Frontiers" sees Super8 & Tab reunite with British singer/songwriter Julie Thompson. 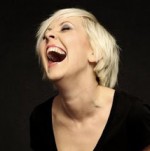 Julie Thompson has been singing, songwriting and playing the piano since the age of 14 and in recent years has established herself as a leading international artist capable of creating atmospheric lyrics and delivering warm vocals on numerous high profile dance releases in collaboration with A-list producers such as Tiësto, Freestylers, James Holden, Freemasons, Richard Durand and Andy Duguid. In the past two years Julie Thompson has released numerous hits including 'What I Am' with Sean Tyas, ‘Skin & Bones’ with Andy Duguid, ‘Broken Wing’ with MaRLo, 'Underwater' with Leon Bolier,  'My Enemy' with Super8 & Tab and 'Diamonds In The Sky' with Richard Durand. Production work is now complete on Julie's second artist album titled ‘Eye Of The Storm’ and set for release on Black Hole Recordings at the start of 2014 with the first single 'Your Secret's Safe' released in June and hitting the Top 3 in Beatport.