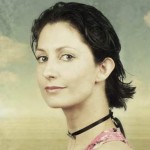 Justine Suissa is an English singer-songwriter and best known for her work with the trance group Oceanlab, which includes Justine and Above & Beyond. She has also collaborated with some of the most popular DJs in the world, including Armin van Buuren, Markus Schulz and Robbie Rivera. She first came to the attention of the Trance loving public when her vocals featured on the Chicane track Autumn Tactics in 2000 on the album Behind The Sun.