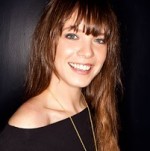 Most artists who enjoy success with a debut album are content to stick with the formula on their second for fear of alienating fans. Laura Jansen is not most artists. Charming and whip-smart, with a wicked sense of humor that balances out her insightful, introspective nature, the Los Angeles-based singer, songwriter, and musician is exactly the type to stir things up. A fixture at Los Angeles’ creative musical haven The Hotel Cafe, Jansen released a collection of confessional, piano-based alt-pop songs in the form of her debut album Bells in 2009 and watched it become a best-seller in Europe, where her Dutch roots led to platinum sales in Jansen’s native Holland, sell-out tours across Germany, and even two tours of China. “We did five cities and they were sold-out, over-capacity, crazy fire-hazard-type shows with lots of kids,” Jansen recalls of her first Chinese club tour. “By the end of the week, people were singing along to all the songs and waiting for us outside. It was a huge thrill to play somewhere I’d never thought this record would take me.”

However Jansen was ready to step out of her musical comfort zone for her second album, Elba. In February 2012, after recovering from two years of touring with a month off at home in Los Angeles, Jansen traveled to London to co-write with other songwriters before returning to L.A. to begin work with British songwriter-producer Matt Hales (Lianne La Havas, Paloma Faith), whom she had befriended through the Hotel Cafe scene. “The first Aqualung record was very big in the singer-songwriter community,” Jansen says. “Matt is very self-deprecating, but I was always intimidated by him. He seemed out of my league as a producer, so I was thrilled when he asked to work with me. I don’t know how I could have made this record without him. He truly encouraged me to figure out my limits and grow beyond them. And when I didn’t know how to do it, he did. He took me from ‘Maybe I should just write a singer-songwriter record, I’m kind of feeling small,’ to stepping up like a queen on a unicorn. He let me go epic.”

The result of their collaboration is Elba, a sonically rich collection that remodels Jansen’s dreamy piano-pop sound with elegant, beat-driven production, while retaining the pristine clarity of her voice and emotional resonance of her deeply felt lyrics. “I knew I didn’t want to make a sad-girl acoustic piano record,” Jansen says. “We could have done that in our sleep. I wanted to push myself musically and have the new album reflect where I am now. I wanted it to sound modern. Having toured and knowing what feels good on stage, I wanted to work from a place of rhythm.” To that end, the pair began their days at the computer, searching for ideas and samples before Jansen moved to the piano to sing and write melodies that Hales would set to a spectrum of electronic and orchestral sounds. “Matt asked me what I was listening to and it was Miike Snow, Sigur Ros, and the Jonsi solo record,” Jansen says. “I’m also obsessed with Kate Bush, so she always shows up on my list. From those roots, we started thinking about production and combining acoustic piano with synthesizers. That’s the palate we used for the album.”

Jansen says that Bush’s literate and complex music also served as an inspiration when it came to writing lyrics for Elba. “This is such a personal record, but it’s not as lyrically direct as Bells,” she says. “I relied on symbolism more and some songs aren’t necessarily straightforward in what they're about. I think Kate Bush’s music gave me the permission to do that. I felt a little braver this time around to be a bit more veiled about things.”

Elba was written during the hardest year of Jansen’s life, during which she ended a long-term relationship and came to terms with being a full-time touring musician. As a result, the album “is about exploring myself and my boundaries,” she says. “It’s this idea that I am an island and I’m figuring out what it looks like in-country instead of just the on the coast. Each song became a place on my island.” “Paper Boats” is a love song that describes Jansen’s fleeting realization that perfection does indeed exist in the world, while “Golden” is her way of locating the place in the heart that’s never dark. “I wrote it as a reminder to myself that there’s always this perfect place, even in the middle of your crappiest moments.”

British singer-songwriter Ed Harcourt co-wrote and sings on “Call To Arms,” which is about seeing warning signs in a relationship, and Keane’s Tom Chaplin guests on “Same Heart,” originally written as a charity single to raise money for the Red Cross in Holland. There’s also an inspired mash-up of Bronski Beat’s “Smalltown Boy” and Fine Young Cannibals’ “Johnny Come Home,” the former a song about a boy being bullied and rejected by his family for being gay that Jansen feels is just as relevant as it was upon its release in the ’80s. “It’s the worst feeling in the world to be bullied,” she says. “I was bullied as a kid. I’ve heard from fans about their experiences with it. This was my way of telling them to hang in there; it’s going to be okay.”

Though not as straightforwardly confessional as Bells, Elba is still very intimate, Jansen says, citing “Around the Sun,” which is about “the idea that hopefully I get more one more chance to go around the sun and have love and be loved,” and “Pretty Me,” an older song about insecurity that Jansen felt was too close to home to record until now. “I’ve been playing it live and people were asking me to record it. I finally got enough distance and felt safe enough to put it on an album,” she says. And then there’s “Queen of Elba,” which Jansen describes as an empowerment song for herself.

“Being a traveling artist, the symbol of exile is a big one in my life right now,” she says. “I feel like I’ve been on a ship that visits the ports of places but doesn’t get to stay and get to know them. I’m choosing that consciously, but it does change the way you’re wired. When Napoleon landed on Elba, he crowned himself the King, which I think is super ballsy. He was like, ‘I’m going to change the roads. I’m going to design the flag. I’m going to build houses for my lovers.’ I totally related to that because here I am claiming this rocky island I’ve been left with. It’s a small place. It’s pretty weird. I’m getting to know what it looks like, but it’s mine. It’s kind of dysfunctional, but it’s working for me. Crowning myself the queen is about me making this shift from feeling sorry for myself to claiming my territory, so it was a very empowering song to write.” Whereas songwriting has served as Jansen’s therapy in the past, this time she says the process involved “writing songs about where I hope things go. Then hopefully I listen to them enough that the lesson sets in.”

Born in Breda, Holland, to a Dutch father and an American mother, Laura Jansen began playing piano at age five while her family lived in Brussels, followed by Zurich and Connecticut. “Because of all the moving we did, the piano has always been my constant,” she says. Jansen fell in love with classical music, Queen, Joni Mitchell, Barbra Streisand, and the Brazilian protest music her mother loved. In high school, she sang in the choir and performed in musicals. After spending two years at a music conservatory in Holland, Jansen transferred to Boston’s renowned Berklee College of Music with a scholarship. After graduating, she made good on a long-held fantasy of moving to Nashville to become a songwriter, but froze from intimidation once she got there. “I ended up working in retail and waiting on women like Emmylou Harris and Patty Griffin and wishing I could say something to them,” she says. “I couldn’t find my voice.”

A difficult break-up unlocked her first song: “Bells,” which was inspired by the sound of the bells emanating from the church next door. After that, the songs that would make up her debut album came pouring out. Meanwhile, Jansen had been considering a move to the West Coast. “I was looking for a second chance to become a songwriter, and so many incredible artists were coming out of Los Angeles,” she says. After moving there in 2003, Jansen hung out at the club most nights, enjoying the social support network of her fellow artists. She played open mic-nights at other venues and began to attract a following to her high-spirited live shows. In 2008, Jansen spent six weeks on the road singing back-up vocals and playing piano, as well as opening for Joshua Radin, followed by a slot on the national Hotel Cafe Tour alongside Ingrid Michaelson and Rachael Yamagata. Upon her return, she was invited to The Netherlands for a series of appearances, which led to her signing with Universal Music. Bells (composed of Jansen’s two previously released EP’s 2007’s Trauma and 2009’s Single Girls, plus a cover of Kings of Leon’s “Use Somebody” that spent more than six months lodged in the Top 25 on the Dutch singles chart) was released in Holland in September 2009. The album remained in the Dutch Top 100 for almost two years.

Now Jansen is gearing up for the worldwide release of Elba this spring and is looking forward to hitting the road and performing her new songs live. “This was the first record I’ve made after doing so much touring and it really helped my confidence,” she says. “I was able to step into the place that I’ve always wanted to be and not apologize for it; not be like, ‘Sorry I’m up here. Sorry I’m singing about my feelings, you guys. Just bear with me, it’s almost over.’ It’s crap to think like that. And I’m having catharses and breakthroughs and so much fun doing the thing I love to do the most, which is traveling and playing. It doesn’t get better than that.”