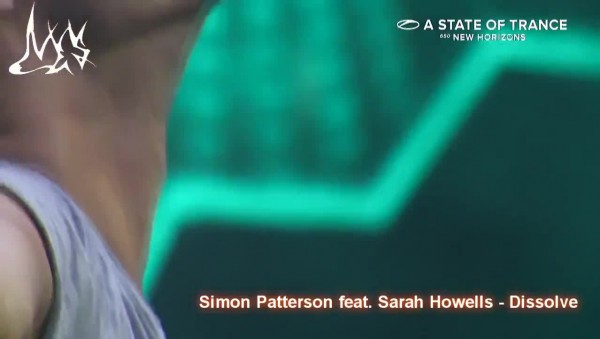 Simon Patterson has created an absolute dance-floor monster with 'Dissolve', building up a sophisticated anthem the way that only he can.

Howells set up her first band in Milford Haven,West Wales, when she was 10 years old, with friend Nia George. They later formed a four-piece band, JYLT, with two other school friends. JYLT was disbanded in 2004 when George died aged 21, from leukaemia.

She came to trance music by chance. When Lange, a DJ and record producer, moved to Cardiff and was looking for a female vocalist for his album Better Late Than Never, he met Howells, who lived there at the time. They together produced the single "Out of the Sky". The song became a trance hit and was remixed by Kyau & Albert, and Aly & Fila. Armin van Buuren picked the song for his year compilation A State of Trance 2008. Armin van Buuren also selected the song in his ASOT 500 broadcast.

After the success with her debut single, Howells worked with other trance musicians in 2009 such as First State, John O'Callaghan and Dash Berlin. Most successful was the single "Find Yourself", a collaboration with John O'Callaghan. The song made it on numerous compilations and the Cosmic Gate remix was also on the year compilation A State of Trance 2009. In 2010, two of her songs each appeared on the album Changing Lanes of First State and Harmonic Motion of Lange.

Howells main musical project, together with co-writer and producer Richard Llewellyn, also from Wales, is the band Paper Aeroplanes. Formed in 2008, they have had national radio airplay on BBC Radio 2 and BBC 6 Music as well as touring Germany with Ron Sexsmith and several releases since.They released their debut album The Day We Ran into the Sea in 2009.