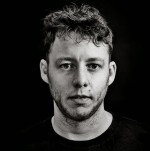 Adam Ellis is a name which has became synonymous with the global Trance fraternity in recent times, born and bred in Sheffield - Trance music's *spiritual home thanks to the original 'Superclub' - Gatecrasher One. It comes as no surprise that his early music influences* came from artists like Armin Van Buuren, *Paul Van Dyk* & *Eddie Haliwell*.
Finding a real passion for music, Adam dedicated many years to music production and made his first major impact with a remix of the seminal Planet Perfecto - 'Bullet In The Gun'. Adam reworked the classic hit into a modern peak time floorfiller, which reaped huge support by the man himself - Paul Oakenfold as well as being an exclusive* addition to 'Perfecto Records Collected - Volume Three'*.
Adam is also well known for his remixes of John O Callaghan - Big Sky, Menno De Jong - Creatures Of The Night and 'ReOrder - Gemini to name a few, tracks which further showcase this instantly recognisable *signature sound*.
In the way of Original's, Adam delivered his debut single 'Napalm Poet' via Kearnage Recordings in summer 2013, a staple track in the sets of many artists including John O Callaghan, Bryan Kearney, Aly & Fila, Simon Patterson & Armin Van Buuren to name a few. This was Adam's first number 1 on Beatport followed by his Subculture hit 'Mandarine' which also toped the Beaport Trance Top 100 charts. Adam went on to produce two more Top 10 singles in 2014 and has had every single played on ASOT so far. As far as collaborations go Adam has worked with 2 of the leading names in the Trance scene today, Bryan Kearney & Menno De Jong.
One of the rare breed of producers who writes 100% of their own material without the help of engineers or ghost writers, Adam has many more projects to come on Kearnage Recording, AVA, Damaged, Outburst, Pure Trance, Blackhole Recordings and much more. He is without doubt one young artist to bookmark in the who's who of exciting new music producers.