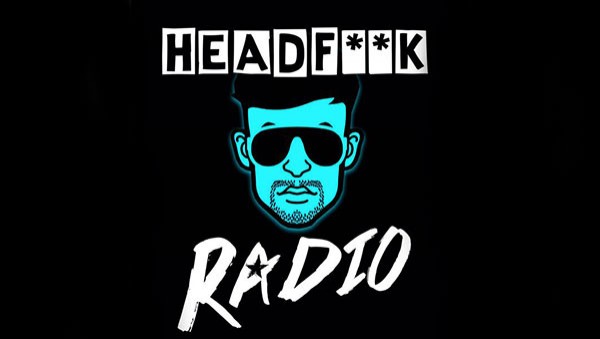 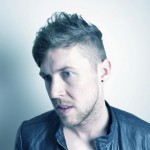 “One of the hardest working DJs in the scene” - Armin Van Buuren
Label owner, promoter, DJ, producer, worldwide brand owner, social media guru – there’s no wonder that Ben Nicky has been described by the world’s #1 DJ Armin Van Buuren “as one of the hardest working artists in the scene”
From humble beginnings as a label manager and promoter, to being one of the few DJs to mix live on BBC Radio 1’s ‘essential mix’ to DJing on the main stage of the 50,000 strong ‘Nature One’ festival in Frankfurt, Ben’s record has not gone unnoticed. Following a debut chart position #150 in the DJ Mag top DJs and #23 in The Trance Addict Poll in 2011, CD compilations by some of the world’s most recognised EDM brands in ‘Gatecrasher’, ‘Ministry of Sound’ and ‘Trance Nation’ complimented with headline shows in every major continent on planet earth. Add the fact that he boasts over 150,000 connected fans, followers and friends across Facebook, Twitter, Soundcloud and Twitter and his own trending brand ‘Head F**K’ showcasing ‘twisted mash ups’ Ben’s worldwide status of as one of the biggest Uplifting and Psy Trance DJs and producers continues to grow on a daily rate.
Since launching his production arsenal with ‘Catapult’, ‘Change of Direction’ and ‘Morning Breeze’ all on his own ‘Abstract Records’, Ben has notched up over 30 releases on some of the most pioneering labels in the scene, such as Dutch powerhouse Armada Records (Vandit and AVA Records), Blackhole Recordings, Spinnin’ and Monster Tunes with countless support coming from the likes of Armin Van Buuren, Paul Oakenfold, Tiesto, John O’Callaghan and Ferry Corsten. Solo tracks such as ‘Tears’ , ‘Gemini’ and a remix of First States ‘As you were’ have received infamous acclaim as ‘Record of the week’ on the world’s most listened to Trance show ‘A State of Trance’ . Collaborations with James Dymond – ‘Refresh’ and Tom Fall ‘Hammer’ landed #3 and #15 on Beatport respectively and remixes for the likes of Giuseppe Ottaviani, Daniel Kandi, Arctic Moon and even EDM giant Calvin Harris have been played at some of the biggest club nights, festivals and radio shows alike.
On the compilation side, Ben’s tracks have found themselves on some of the most recognisable Trance brands. ‘Tears’ featuring Linnea Shossow was chosen to appear on Trance heavy weight Paul Van Dyk’s ‘Gatecrasher Anthem’s’ C.D, ‘Driven’ slotted on to the then BBC Radio 1 DJ Dave Pearce’s ‘Trance Anthem’s 2010’ and clubbing Powerhouse Ministry of Sound’s ‘Trance Nation’ (mixed by Andy Moor) which again featured ‘Tears’ and the collaboration with Mark Eteson named ‘Angel’. The latter 2 albums reaching the dizzy heights of #9 and #2 in the U.K top 40 compilation charts – a rarity for any Trance mix.
Behind the decks, no continent now lies untouched with Ben as he’s ticked off gigs in every major region of the world. Touring extensively across Europe in countries such as U.K, Ireland, Czech Republic, Malta, Russia, Poland, Germany, Belgium playing at festivals such as one of the planets biggest EDM festivals in ‘Tomorrowland’, the 50,000+ strong ‘Nature One’ festival and Paul Van Dyk’s ‘We are One’ festival. Closer to home, Ben’s name has regularly appeared on the bill for clubbing brands such as Gatecrasher, Godskitchen, OTR, The Gallery playing in clubs such as Ministry of Sound, Air and Electric Brixton. Australia has seen shows in Perth, Brisbane, Sydney, Melbourne and Adelaide, whilst across the pond Ben has performed in L.A, New York, Seattle and Toronto playing in legendary clubs such as LMD and Metro Arena. In Asia, Ben has been a favourite in India with 3 separate tours, along with appearances in countries such as Bali, Malaysia, Indonesia and south of the equator 2 sold out shows in South Africa. Finally, no artist would be complete without showcasing themselves in South America, especially in Argentina to a 10,000 strong Trance Port tour in Buenos Aires and Mar Del Plata.
Away from the studio, Ben has received regularly press coverage in some of the industry’s leading online and printed publications. In 2011, Mixmag, one of the world’s biggest dance music and clubbing magazine with a readership of over 190,000 rated him as “hotly tipped” to break through in the Trance world, DJ Mag invited him to choose his top 10 tracks of the month in February 2012 whilst track reviews have been frequent in ‘Til Late’ online publication. On top of that there’s been global coverage in India’s ‘Euphonic’ magazine, America’s ‘Hammarica.com’ and ‘Indonesiaclubbing.com’ underlining Ben Nicky’s global appeal.
2013 has arguably seen the next step up in the Ben Nicky profile with the launch of his ‘Head F**K’ brand, a spiral on the usual generic mash up with added effects, samples and sounds giving him more twisted and unique production. With the release of Porter Robison’s – Language (Ben Nicky Head F**K) being played live by Armin Van Buuren, tracks of similar vein have followed with Simon Patterson vs Aizen – Thump Most of You, Astrix vs Gareth Emery & JOC - Concrete Mel, Faithless – We Come One and Tiesto and Eddie Bitar – Lethal Roller-coaster – all of which have featured in Ben’s live sets as well as his worldwide Twitter trending Afterhours.FM show. Coupled with his own night ‘Lifeline’ re-launching itself at the one of the U.Ks last remaining super club in the ‘Brunel Rooms’, Swindon, the Ben Nicky brand is heading further in to the next chapter.