End Of Year Countdown 2014 by Bobina. A lot of tracks, remixes and mashups from Bobina. Enjoy. 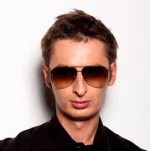 For the last 9 years, Bobina, Moscow-based DJ, producer & record label impresario Dmitry Almazov,  has been at the forefront of Russia’s electronic dance breakout. His DJ adventures have taken him around the planet numerous times, playing tent-pole events including Global Gatherings, Gatecrasher Summer Soundsystem, Trance Energy, and the Winter Music Conference. Beaming out around the Russian Federation through the country’s leading DFM network, Russia Goes Clubbing is Bobina’s once-a-week, every-week snapshot of what is making the country’s cities boom. It is broadcast through stations in 50 of the biggest cities in Russia and has a listenership of a staggering 10 million+ dance fans. RGC also has a massively popular podcast edition, which is downloaded by Bobina fans in all four corners of the globe.