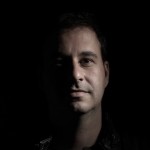 Nicola Capobianco, based in switzerland, started at early age getting addicted to the magic of electronic music. He began playing progressive trance from the end of 1993. In 2001, after many years as DJ and producing in the studio, where he has played and performed at big raves and festivals, next to people like Tiesto and Armin van Buuren, he decided to start a new project and Liquid Soul was born.
In 2006 he founded his own label Mikrokosmos records. Besides solo project Sleek, he also partners Martin Knecht in the deadly duo “Earsugar”.
Being behind the best selling albums on Iboga Records as Liquid Soul, „synthetic vibes“, „love in stereo“, „cocktails“ and "Revolution", countless hypnotic releases on top labels and playing worldwide over a decade, he finally won the Beatport award for the best psytrance track in 2009.
In 2010 he achieved his biggest success by winning the price of the best Beatport artist, best Beatport track and the Dj Awards in Ibiza in psy trance categories.