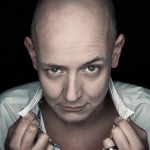 Maarten de Jong is the multi talented DJ/Producer from Eindhoven in the Noord-Brabant region of Holland. Resident on Paul Van Dyk's Vandit Records and being recognised as one of the most widely supported and consistent tech trance producers of his generation is just the tip of the iceberg for this Dutch tech master. MDJ continues to spread his energetic, explosive sound and performance across the planet therefore making him a must see artist on the global club/festival circuit.
Born in Papendrecht in 1982, Maarten clearly had a passion for music is his early teens. He gained inspiration from the renowned 'Turn up the Bass' compilations. At the age of just 15 he took to the decks on his belt drive turntables. Quickly grasping the art of DJing, Maarten then went on to become one of the youngest DJs in Holland, playing in local clubs around his homeland. He gained invaluable experience and built networks with other DJs and producers at the same time.
In 2009, Maarten felt compelled to rework Coldplay's international hit 'The Scientist'. This rework smashed the world in huge events all over, gaining him even more international recognition from his music peers and making it into Ferry Corsten's setlist for his BBC Radio One Essential Mix.
The last few years have saw Maarten's stock continually rise with tracks like 'Anti Flu' on Paul van Dyk's 'Gatecrasher Anthems' compilation echoing this sentiment. Without forgetting his Djing exploits on line ups in Poland, Germany, Scotland, Beruit, Northern Ireland, Ukraine, Republic of Ireland and his native Holland, demonstrating why he is on the way to becoming the next superstar product coming off the seemingly never ending conveyor belt of Dutch talent.
All of this is complemented by his rapidly growing brand 'Fully Loaded', an online radio show with future plans in the pipeline for a 'Fully Loaded' event concept. Maarten’s renowned 'Fully Loaded' radio show, which is aired on a weekly basis via DI.FM is a 1 hour radio show of tech house, techno, progressive, tech-trance, pure trance and beyond, intelligently crafted, hosted and mixed by the man himself. The show has listeners from a multitude of countries on every continent.