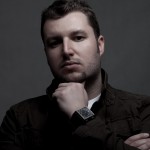 Krzysztof Pretkiewicz aka Nitrous Oxide is one of the leading figures of the Polish and European trance scene. He was Anjunabeats’ first Polish DJ and each of his releases has, without fail, gained massive attention.
He first encountered electronic music in the 90s, and became fascinated by the artistic creativity of musicians such as Jean-Michel Jarre, Mike Oldfield and Depeche Mode, as well as film music created by the likes of Thomas Newman and Hans Zimmer. After beginning his experimentation with sound at the age of 13, Krzysztof’s passion and ability to create tunes that smash dancefloors has continually developed.
Influenced by genres such as house, minimal, speed garage and hard dance, Nitrous Oxide’s unique releases, such as his Anjunabeats debut ‘North Pole/Frozen Dreams’ have gained support from Above and Beyond, Armin – you name it.
His DJing career has taken him to every corner of the world and he is no stranger to festivals and main rooms – the bigger the better for a sound as big as his.