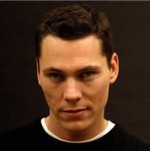 Tiësto is a Dutch DJ and record producer of electronic dance music. Although he has used many aliases in the past, he is best known for his work as DJ Tiësto. On his latest productions, however, he has dropped the “DJ” label and is now known simply as “Tiësto”, an alias which is an Italian twist of his childhood nickname. Tiësto is a performer who has transcended musical genres to create a global “Tiësto” brand. His achievements include: a Grammy nomination, numerous MTV awards, performing at the opening ceremony of the 2004 Athens Olympic Games to an audience of billions, and even a wax statue at Madame Tussauds. With over 17 million friends on Facebook, 2 million followers on Twitter, over 400 million views (and one million subscribers) on YouTube, his globally syndicated Club Life radio show as well as his Club Life iTunes artist podcast (#1 music podcast globally), Tiësto has truly become a universal phenomenon. Voted ‘The Greatest DJ Of All Time’ by Mixmag in 2011.