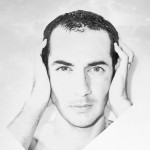 Italy's Gai Barone has rightfully earned his place leading figures in the progressive house and trance scene. His passion for all kinds of music has seen him score hits across progressive, techno, trance... supported by industry giants like Apparat, Above & Beyond, Nick Warren, Armin Van Buuren, Solarstone, Gabriel and Dresden, Paul Van Dyk, Max Graham... DJing since the 90's, Barone's sound has moved with the times, yet firmly stayed within the underground. First hitting the big time with 'Lilith' on Afterglow in 2008, he's made appearances on some of the world's biggest imprints, including Coldharbour, Hope Recordings, Perfecto, Armada... remixing the likes of Markus Schultz, Jim Rivers, Andy Moor, Cid Inc, Evren Ulusoy... Barone's ascent continued, with hits from original productions like 'Mr Slade', 'Voices Inside my Head', 'Alicudi'; and remixes 'Grube and Hovsepian', 'Trickster', 'Danilo Ercole - Player One', 'Ruben De Ronde - They are not you', 'Triucid - Syntax', 'Corderoy - Kerosene'... And with preparations underway for his first studio album and a string of high profile remixes in the pipeline, 2014 looks set to be his biggest year yet; with the prolific Italian promising, his best is yet to come! Catch Gai's weekly show 'Patterns' Wednesday's @ 17.00 CET on di.fm.