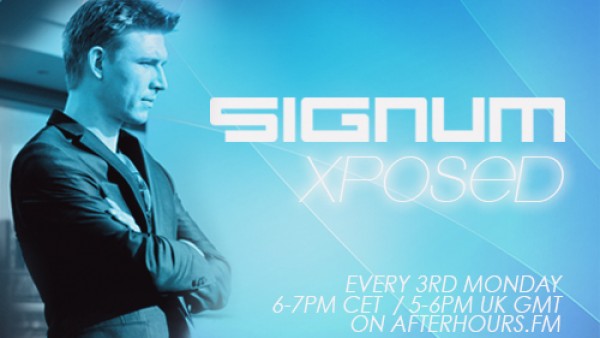 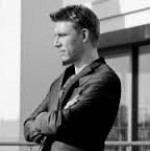 The sound of the legendary Signum (Original members Ron Hagen & Pascal M) has been resounding in the dance scene for nearly one and a half decades. With a discography that most would only dream of, a collection of ultimate trance classics, and creating one anthem after another, Signum is a name born in the golden years that has stamped its authority on trance ever since.
Signum changed things up in 2008 when Pascal moved to Norway and Ron became the main Signum artist. As the digital era took hold and developed into the modern day scene, the Signum sound also evolved into a more diverse and experimental hybrid, without ever losing the true trance sound that they started with in 1997. ‘What Ya Got 4 Me’, ‘Coming On Strong’, ‘Push Through’, ‘First Strike’, ‘The Timelord’, ‘Distant Signature’, the more recent ‘Addicted’, ‘Riddles In The Sand’, Roger Shah collabs ‘Healesville Sanctuary’ and ‘Ancient World’, remixes for Armin van Buuren, Tiësto, ATB, Oceanlab and many others. All tracks and remixes ride that typical, unrivalled Signum sound that is adored the world over by back in the day and new fans!
Praised for his euphoric DJ sets, Ron performed at A State of Trance 400, 450 and the game changing ASOT 500 , as part of a line-up voted for by the millions of listeners of Armin van Buuren’s radioshow. For the seventh year in a row, Signum continues his own radioshow ‘Xposed’ on afterhours.fm which has a large and loyal worldwide fanbase each month. ‘Xposed’ isnt just a radioshow as you will find out in the not too distant future as it branches out into Signum’s very own branded music concepts.
The first Signum artist album. ‘For You’ was a full-colour collection oldskool trance, rousing tech, uplifting, Balearic prog and cinematic down-tempo. Featuring collabs with Roger Shah, Antonia Lucas, Kate Louis Smith and Julie Thompson, ‘For You’ takes you in completely.
Since the release of the album and then touring the world over many continents, Ron is hungrier as ever, especially with the rise of the bpm and true trance sound coming back around in the modern era. A new album is his primary focus, which will capture the latest Signum sounds, an album full to the brim of tracks for the club and big room , featuring many collaboration’s with some of the brightest new stars in global trance, plus some stunning new solo instrumental tracks and vocal tracks. Also on the agenda are fresh new Signum remixes and bootlegs that will rock the planet to its core.
Ron is being turned on by the new ‘back to the future’ style as you can hear in his 2013 remix of the trance anthem ‘Big Sky’ and he is ready to dominate once again through his highly sought after DJ sets and perfect production sound!
With a massive supply of pedigree and passion, an open mind and the fuel to keep the highlight reel burning coming for many years to come, Signum will keep the trance fire blazing!