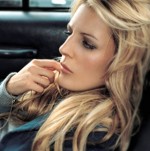 Ellie Lawson is a South London Singer and Songwriter for the EDM and acoustic genres. Signed by Atlantic Records USA 8 years ago with her debut album crediting producers William Orbit and DJ Lethal she is now independent and has released 4 albums and 2 EPs including a Trance album with songs by top 100 DJs Ferry Corsten, Richard Durand, 4 Strings and many others. Songs such as "Wide Awake" and "Safe From Harm" were Music week and Beat port #1 hits and her collaborations continue to be played in clubs worldwide. Richard Durand named his album "Wide Awake" after the co-written song by Ellie and Ferry Corsten began his "Weekend" album with his collab with Ellie "A Day Without Rain". Fans describe her voice as angelic, uplifting, with plenty of emotion and her lyrics as very creative and charismatic.