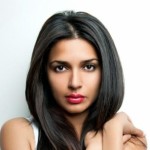 Born in Libya to Pakistani parents, Nadia Ali grew up in Queens, New York. In a family environment heavily influenced by education, she was expected to pursue a career as a doctor or lawyer. Nadia’s musical influences stem from her Middle Eastern background, popular culture in Queens, and musicians like Madonna, Sade, Stevie Nicks and Bono. Her cultural background has helped her stand out in the entertainment industry, and her climb to the top has set examples for many women all over the world to pursue their dreams. Nadia’s parents are now her greatest supporters.

Soon after releasing the album “Poetica” with iiO in 2005, which included No. 1 American Billboard Hot Dance Club Play “Is It Love,” Nadia left the project to embark upon a solo career. In September 2009, she released her first solo album “Embers” on her own record label, Smile in Bed Records. It included the hit “Crash and Burn,” the first single which became a club success and peaked at No. 6 on Billboard’s Hot Dance Club Play Chart. The second single, “Love Story” reached No. 1 on the Billboard Dance chart and nabbed her an International Dance Music Award nomination for Best Progressive/House Track at the 2010 Winter Music Conference.

Due to her upbringing in Queens and the fact that her music was predominantly played at nightclubs, Nadia cleverly named her next album “Queen of Clubs.” This album included the re-release of “Rapture” with remixes by Tristan Garner, Gareth Emery, and Avicii. Also, Morgan Page’s remix of “Fantasy” gave Nadia her first Grammy nomination under the “Best Re-mixed Recording” category. In 2011, Ali released “Call My Name” with Sultan & Ned Shepard, reaching No. 5 on the Billboard Hot Dance Club Play Chart. Also in 2011, Nadia teamed up with Armin Van Buuren to create the dance track “Feels So Good,” and she was a featured guest on Van Buuren’s sold-out “Armin Only Mirage” world tour. Nadia then released the track “Pressure” with Starkillers and Alex Kenji on Spinnin’ Records. The Alesso Remix of “Pressure” became arguably the biggest club and festival anthem of 2011. At the 27th International Dance Music Awards, Nadia was honored with two major victories. “Feels So Good” won “Best Trance Track” and “Pressure (Alesso Remix)” won “Best Progressive Track.”

In early 2012, Nadia and Starkiller’s track “Keep It Coming” hit No. 1 on Beatport. Her first release of the year was “This Is Your Life” with Swiss DJ EDX, followed by “Believe It” with Spencer & Hill including a remix by Cazzette. Next, she joined forces with Morgan Page yet again to release “Carry Me”. Her most recent single, “Must Be The Love” with BT and Arty, was recently nominated for “Best Trance Track” at the 28th Annual International Dance Music Awards. Currently, Nadia is working on a number of fresh dance collaborations as well as experimenting with new sounds for her next solo releases. Although Nadia’s music has maintained itself in the world of EDM, her unique sound and innovative melodies can stretch to all genres of music; and considering her hard work and determination… the possibilities are endless.