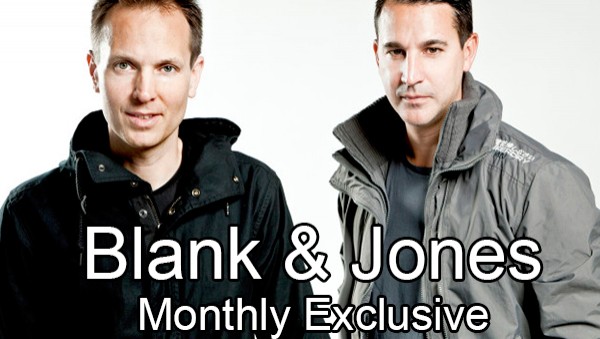 This month music from Chaim, Mickey, Hot Since 82 vs. Joe T Vannelli, Bonobo remix of May Jane Coles, Audiowhores and Maceo Plex remix of Gusgus - Crossfade.

Blank & Jones' deliberately simple dance music dominated the top of Germany's dance charts during the country's late-'90s trance explosion. Blank & Jones have been hugely important in the history of electronic music. They started in 1997 with their debut "Sunrise" and were one of the main originators of trance music with artists like Tiesto and Paul Oakenfold. Their sound evolved with the years and so did their Worldwide success. To date they released 11 artist which all charted in the sales charts and cover such various like Electronica, Ambient, Lounge, Pop, Trance and Dance Music. When asked about the key to their success, their response is: 'We do everything digitally, on the basis of Final Scratch, which allows us to use our own edits and mixes, nothing comes straight from tape. Every set we play is unique, not only sound-wise but also in terms of what we play and how we play it. Roughly 60% of our set consists of our own repertoire, as where better to present our own material than via the DJ decks.'