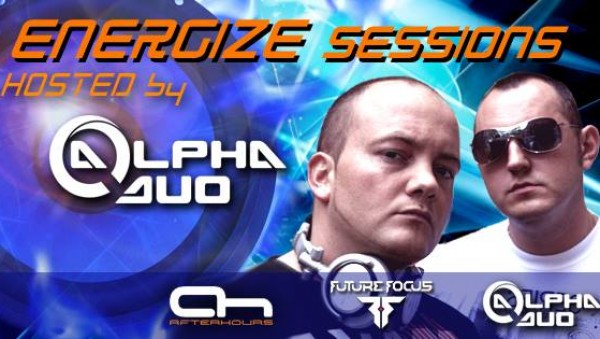 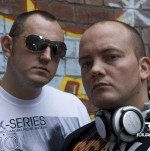 Trance pioneers Alpha Duo aka Andy Newton from Manchester & Shane Rumney from Ruthin have propelled into the main stream spot light for all the right reasons.
Andy & Shane developed their individual love for electronic music from very early ages, frequenting many large club nights across the UK and Europe as fans of the scene.
Spotting a gap in the market they decided to embark on a new journey that would hopefully have promoters & fans alike take notice of their incredible passion for music.
The duo have had different ideas and musical tastes that have transpired into a devastating assortment of pounding rolling basslines, uplifting melodies & the most euphoric break downs in the scene today.
Shane started his individual musical journey performing to big crowds at Helter Skelter & Milton Keynes Bowl in the 90's and 00's gaining a wide fan base for his technical ability & work behind the turntables.
Always into the Trance genre Shane found himself searching for a way into the scene from a very early age.
Andy, a keen musician during his schooling years, started playing the tenner horn where he developed his knowledge of reading sheet music and playing an instrument.
Quickly realising this wasn't his ideal style of music but not forgetting his classical roots decided to go in search of something new.
Meeting in 2002 at an EDM weekender, Andy & Shane quickly established they had an unrivalled passion for music and performing together….working venues up and down the country, rocking dance floors!
Initially Hard Trance artists and then finding their niche in uplifting trance…led to a partnership starting in 2008 which led to Alpha Duo being born.
A few audio engineering courses and hundreds of studio hours later Alpha Duo have had a string of TOP 50 releases. Notably the track which gave the pair a gentle boost was their ASOT 550 competition entry,
Hand picked by Armin Van Buuren to potentially represent the A State Of Trance celebrations eventually loosing out to W&W
Shortly after learning they had won the ASOT 550 Wildcard competition Alpha Duo were contacted by several big names to remix tracks and collaborate with artists such as Binary Finary.
Alpha Duo as you can imagine relished this opportunity and have given everything in their pursuit of a career in music.
Andy & Shane have worked with many established vocalists such as Ellie Lawson, Tiff Lacey, Julie Harrington & Kathleen Fisher
Projects include Atlantis v's Avatar Fiji - Alpha Duo remix that stayed in number 1 spot for well over a month, as well as Alpha Duo Feat Fisher - Fight For Love (added to the Dash Berlin compilation)
Armin Van Buuren classing the work as an ”awesome track”
Fight for Love was signed as a first release on the Future Focus Recordings label headed by Sasha Vatoff (Binary Finary) & Ernest Van Der Meij (Ernesto v’s Bastien) selling in excess of 700 copies which in today's illegal downloading is an almost impossible task.
Now in their 5th year with over 25 top releases Andy & Shane have played in various domestic & International destinations to some fantastic crowds along side some excellent artists.
Embarking on the musical roller coaster ride together as best friends….Living for the music and sharing one passion, Trance!
All this said, Alpha Duo are definitely artists you need to see to really appreciate the desire, enthusiasm, and of course the love they share for Trance.
In front of an audience Andy & Shane really do come alive! Their sets are full energy, smiles & euphoric uplifting beats that will tantalise the most stubborn of taste buds anywhere.
One thing is definitely certain, if you love uplifting trance…you will love Alpha Duo.