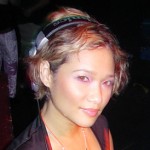 Suzy Solar (Florida, USA) shines as an internationally acclaimed trance music artist with hit records under her belt. This multi-talented DJ, music producer, vocalist and writer is becoming a legend since her start in 1997. Her track "Ocean of Love" is featured on Paul Oakenfold's Grammy nominated album "Creamfields," and was released on EsNtion Records with a killer music video. Suzy's mix albums, "The Perfect Trance" and "The Perfect Trance 2.0,” on Neurodisc/Capitol Records topped Billboard's U.S. Electronica charts and have made noise globally. "Samurai," her collaboration with Arizona (aka Thomas Bronzwaer) has graced dance charts worldwide and is supported by the world's top DJs, including Armin Van Buuren and Ferry Corsten.
Currently, Suzy has a new release with Thomas DeColita titled "The Unsaid" on Elliptical Recordings. She is now producing several new tracks that will feature her vocals, and is busy with her international tour schedule. Music fans love Suzy for her intuitive ability to rock dance floors with her beautifully flowing DJ sets, harmonic mixing skills, magnetic stage presence, and uplifting energy.
She's often featured on prestigious radio shows, some of which include BBC Radio's Dave Pearce "Trancecast," "Resident Nation" on Music Choice (digital cable television), VONYC Radio, "Mondo Vs Noys" on Ministry of Sound Radio, "Intuition Radio," and “Deep Blue Radio Show.” She can also be heard on Sirius XM Satellite Radio, Digitally Imported Radio, Worldspace, and much more. Suzy continues to be one of the most sought after female DJs in the world. You are sure to hear much more from this mulit-facted artist for years to come.