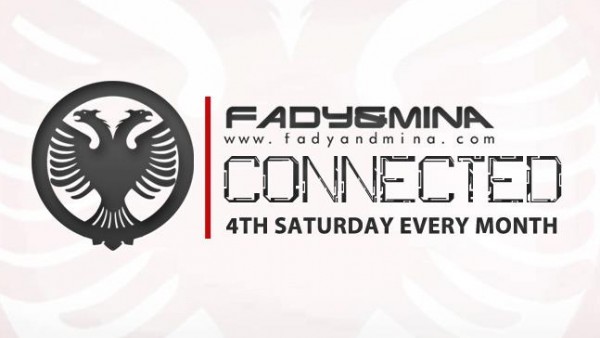 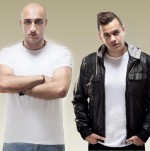 Producers / DJ’s Mina Alaa and Fady Hany A.K.A (Fady & Mina) born in cairo (Egypt). From the early years their talent for music was clear. Fady got his first keyboard at the age of 6 and Mina’s first mix was at the age of 12, they started to develop their skills as the years pass by, afterwards, they started to listen to Trance Music; they were both fascinated by the melodies, beats and the vibe that this music creates among people, and the spirit of passion that’s always present between its lovers.
They were taken by the tunes of great producers like Paul van Dyk, Marco V, Armin Van Buuren and the Egyptian heroes (Aly & Fila), and a lot of other DJ’s/Producers, that’s to name a few.
Trance was not just music for them, it was a lifestyle they trained themselves on. After playing some dark tribal, the music concept and culture has been massively shifted into the world of melodies and uplifting beats.. Following the steps of Aly & Fila and Philippe el Sisi, bringing the energy back again to trance music, and reviving the classical feel of old trance, with the passion to create and innovate in the electronic dance music scene world-wide. Afterwards, the decision came for music production, so they’ve started to invade the trance scene by listening to all types of Trance music, from Progressive to Highly-Power Energetic Uplifting Trance, and they’ve known the passion inside them towards this genre of music. The rising duo developed their production techniques through the audio engineering classes they ensured to attend, to massively enhance their mix quality.
Back in 2009, the Duo was first signed to the Canadian dance music label “Omerta Records”, with their track “Aviation”.
2011 was the year for the Rising Egyptian Duo when they made their debut EP “Egypt/Overdrive” with the world renowned Aly & Fila’s Label “Future Sound of Egypt”, and the leading Dance Music Label worldwide “Armada Music”, the EP was Highly supported by the scenes finest DJs, it was massively supported by Armin Van Buuren on his “ASOT” 4 times in a row, Aly & Fila’s “FSOE”, John O’callaghan, Sean Tyas, Philippe El Sisi, Manuel le Saux, and many more..
They won the 2nd position for the “Best New Comer” on the “Trance Podium” Global Trance Awards in 2011, Their Music has been smashing the biggest clubs, and the hottest dance floors all over the Globe; Their vision for trance music is wide enough to let them reach a high position among the world’s best DJ’s.
“Egyptian duo Fady & Mina follow the steps of Aly & Fila, as they make their debut on the Future Sound of Egypt label with the highly energetic 'Overdrive' and 'Egypt'.
To be compared to Aly & Fila is nothing but a huge compliment to Egyptian duo Fady & Mina. The young talents, born in Egypt's city of Cairo, are the next big thing to hit the higher BPM kind of trance.
They do so, by making an unforgettable debut with the contagious 'Overdrive' and 'Egypt'. If hard-hitting, energy-driven trance with a sensitive touch is your one true love, you don't want to miss out on 'Overdrive'. That fast speed of beats also drives the grand, melodic track of 'Egypt'.
An ode to their country and its rich, unrivalled history.”