‘Here Comes The Lion’ is a new track by Strobe & Rubin together with songstress Roberta Harrison. This uplifting trancer with its nice rhythm and Roberta’s unique vocals is a joy to the ear. 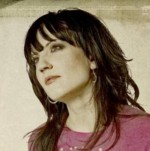 Roberta Carter Harrison’s unique and haunting voice has been enthralling audiences since the early 1990’s when the alternative pop band (Wild Strawberries) that she fronted with her husband and writing partner, Ken Harrison, took to the airwaves in their home country of Canada. After over 10 years of radio hits and successful tours they took a fortunate diversion into the EDM world. In 2001 they collaborated with ATB on a song called Let U Go which shot to #7 on the German pop chart. After many more hit collaborations with ATB (Hold You, You’re Not Alone, Long Way Home, I Don’t Want To Stop, Swept Away) Roberta and Ken have been writing for and recording Roberta’s distinctive vocals for many other DJs, including, Kenneth Thomas, Pedro del Mar, Richard Durand, Amurai, Alex Morph, Shane Halcon, Lostly,Danillo Ercole, Joe Bermudez...... With a character voice that can’t be matched, Roberta’s vocal contributions take this song-writing teams’ compositions and collaborations to the next level.