‘Learn to Forgive’ is a beautiful atmospheric vocal performance from Sue McLaren and a well excecuted production from Hazem Beltagui. 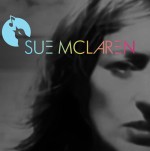 Sue McLaren the UK based singer/songwriter started out playing acoustic guitar and this quickly led to singing live and writing. She started as a vocalist with an indie folk band and further writing led to Sue forming an electro outfit which gained recognition from Universal publishing.

A little while after the band went their separate ways, where most people would give up, this only stoked the desire within Sue to learn more about producing music. Sue set up her home studio, went back to college to study music production for two years.

Sue also provided session vocals for other musicians which included radio and TV work. In a chance encounter, a vocal session led to Sue recording a top-line for a progressive house track and there started Sue’s journey into electronic dance music. The first track she released was ‘Behind The Eyes’ in 2009 by Nacho Chapado & Smaz which was followed quickly by an uplifting trance number with Philippe el Sisi, entitled ‘The Last Hope’. Sue started to create more tracks with her co-writing buddy Stephen Massa.

This partnership bore fruit with two tracks on Aly & Fila’s debut artist album in 2010. ‘I Can Hear You’ and ‘Still’. Around the same time, Paul Van Dyk encountered one of Sue’s acapellas known to most trance fans as ‘Sun After Heartbreak’, (with a remix from Arty) Paul then contacted Sue to write another track which became the massive hit ‘We Come Together’ with Paul van Dyk.

Since then Sue has begun to build an enviable reputation, continuing to write and release tracks with a host of international artistes including three tracks on Aly & Fila’s latest album ‘Quiet Storm’. Whilst also collaborating with Andy Moor on the tracks ‘Fight The Fire’ and ‘Trespass’. Other releases include collaborations with Djs San, Alex Morph, Dennis Sheperd, Ronski Speed and Solis & Sean Truby.

Heading into 2014, Sue has a whole host of bigger, bolder and more beautiful tracks lining up.